If you did not follow Another Wacky Adventure on Flickr, you won’t understand the following. If you did, please read on.

But perhaps now we can.

I am a bit of a voyeur and an exhibitionist. I think we all are, to some degree. Not school-playground-trench-coat, but just in that we find pleasure in being noticed, especially if there is an element of Eros involved. When I wear a tuxedo with tails and am complimented by a woman, it makes me happy. (Parenthetically – which you can tell from the parentheses – I once dressed as a Geisha with kimono, red lips, and a blue wig and went to a club in Hollywood with my wife. A young woman approached me and whispered in my ear, “You are the hottest thing in here tonight.” Man, if I had only known, when I was in college, the power of cross-dressing. But I digress….) When other men, women, and couples notice my wife (she is openly bisexual and enjoys the attention from folks of any gender), it makes me – and her – happy.

Flickr was an outlet for this. A safe place to find simple eroticism from the admiration of others.

My wife was hesitant at first. She was unsure of herself, afraid of rejection and criticism. What if these random strangers censured her because she allowed herself to be photographed provocatively?

But that didn’t happen. Rather, she was applauded and complimented and envied. Flickr improved her self-image, which encouraged more and more adventures and experiments.

We began posting in 2008. Within minutes of posting, we had folks liking our photos and commenting on them. People started sending us FlickrMail.

Hundreds of people wrote to us, yet we had the time and inclination to reply to only a few.

Some folks wrote the funniest comments to our photos. We looked forward to those comments and wish we had taken the time to get to know these people a little better. If you’re reading this now, you know who you are…

Everyone was always nice to us, but I didn’t see Flickr as a “social” network. (Whenever I hear “social network”, I think of the line from “The Breakfast Club” regarding Brian in the physics club: “demented and sad, but social.”) So, I scarcely replied to any mail.

Many, many people wrote to say that our adventures inspired them to do similar activities. Others asked questions, the most common questions we received were these:

1. How do you induce your wife to publicly be so adventurous?
2. What about authority figures?
3. Where do you buy your clothes?
4. Did you ever block users / why did you block me?
5. Why are you quitting Flickr?

1. How do you induce your wife to publicly be so adventurous? 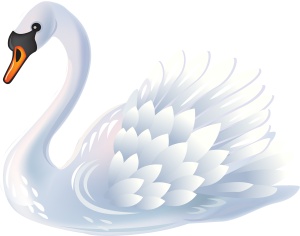 First, build up her self-esteem. Remind her that she’s beautiful every day, that you find her sexy and attractive, even when she’s in her sweatpants with no makeup on. Don’t point out her physical flaws – trust me, she is already well-aware of them. Instead, build her up, so that she authentically feels confident.

Second, she has final say on her outfits. Sure, you can suggest the choices you prefer, or even buy her the things you like to see her in. But in the end, if she doesn’t truly feel confident that she looks hot in that choice, it will be apparent in the photographs. Nothing feels worse than having people stare at you because you’re in an over-the-top sexy outfit while on the inside you aren’t feeling pretty or sexy.

•  You are in a traffic accident. The paramedics remove your top to provide aid. You have broken no law.

•  You slip and have a tumble. Your skirt flies up and exposes your girlie bits. You quickly readjust your skirt. You have broken no law.

•  The setting sun brings out the transparency in your top, dress, or leggings. That’s innocent, right? How would you know that would happen? (Hollywood starlets do it all the time.)

Okay, you get the picture: Innocent and brief.

Fourth, she gets the final say on which photographs get posted.

So, you take photographs of your girl, Photoshop them, spend hours getting them just right. She looks at them and says, “I don’t like most of those.” What do you do? After all, she looks friggin’ hot, and you want to show her off.

You delete those photographs and never bring it up again.

You want your girl to believe/trust/know that she has final say, with no push back from you. Yes, it is okay to ask her what she doesn’t like so you can avoid it in the future. But she MUST feel that she has final say without argument for any photograph of her. If you ALWAYS do that, she will be much more inclined to indulge you in your more “creative” photographic adventures.

2. “What about authority figures? What if someone calls the cops?”

In all our years, we’ve had problems exactly three times. In those cases, we were politely asked to leave the establishment. We did, without provocation. 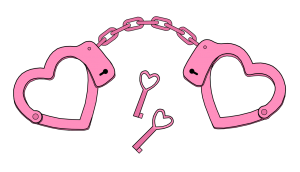 Now men, this is important.

1. Reassure your girl that you will always intercede on her behalf and she never has anything to worry about. NEVER EVER. If there is any heat, YOU will take it.

2. Gents, you will have a reflex to stand up to the authority and challenge them. DO NOT DO THIS. Act innocently, no differently than if they said, “Last call”. Be completely casual. Do not admit or deny anything. Simply acknowledge their request and pleasantly do as they say. Smile. Be polite. It helps to practice a few times at home.

3. Remember, this is all foreplay. Treat this as Super-Foreplay and proceed accordingly. As in, “OMFG, I am 48 years old and just got thrown out of a bar because my wife was too provocative!” This is bragging rights, my friend.

4. Many, many times my wife dressed provocatively enough that we both said, “This might be too over the top,” and 99.99% of the time NO ONE NOTICED. You can get away with far more than you’d ever think. (Then, you have to wonder, “If we just did this and no one noticed, what is going on around us that we are not noticing?”)

5. Nobody calls the cops. Imagine the scene. “911? I have a woman here playing pool in a short skirt with no panties.” 911 Operator: “Yes sir. We have three domestic violence calls and a possible homicide, but we will send someone over to your hotel lobby right away.” Ain’t gonna happen. 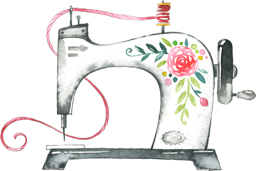 People asked us where we found see-through clothes. We shop at discount stores. They have the really inexpensive $10 dresses, tops, etc., made of thin fabric. If anyone wonders why you are purchasing such clothing, “It’s for a costume party.”

Online shopping – it is hit-or-miss but sometimes you can find more risqué clothing from retailers overseas.

There were people we blocked. Over the course of ten years, perhaps a thousand. Why?

They clicked the link to follow us. When we looked at their Flickr page, they had only one photo which was either of their penis, typically erect, a gynecologist’s view of a vagina, or a proctologist’s view of an anus. 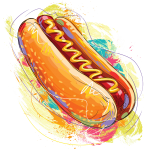 There is nothing intrinsically wrong with this. But, we were hopeful that if enough people blocked them for their lack of imagination, that they would be encouraged to see themselves as more than a phallus, more than a sex organ or excretory orifice. Could you put your penis in a hotdog bun and garnish it? Could you paint it like a rocket and get army guy toys and stick them to your abdomen and legs and make a science fiction adventure? Could you put rose petals around your girl’s vagina and create a garden scene? Could you paint a “W” on the subject’s butt cheeks, then flip her to show “WoW” and “MoM”?

I like food, but a close-up of masticated food in your mouth is not appetizing to me.

We had been uploading to Flickr for ten years. When you do something for 10 years, it can get stale. We felt we had explored what Flickr had to offer and it was time to explore other adventures.

In ten years, we published 31,266 photographs to Flickr. To get those 31,266 photographs, we took more than 300,000 photographs. That is a whole lot of photographs to review, rate, select, clean up, straighten, color-correct, etc., then build an interesting story line so it’s not just a bunch of random photographs. It was a large time-commitment. It was easier when we had just married and rented apartments, when we moved around often and had few lasting connections. But we bought a house (home ownership = never ending maintenance projects), my wife started a business and is writing a book, we volunteer at a local ballet studio helping with their spring showcase and their winter production of The Nutcracker, we are traveling more often (hopefully, three times annually) – the list is extensive.

Our lives became full, and we wanted to do more (like this online magazine). Something had to give, and our ten-year old Flickr hobby seemed to be the best choice.

We anguished over the idea. We had a lot of life invested in all those photographs and the tens of thousands of favorites and comments. We had grown fond of our virtual friends.

After much thought, we decided to finally pull the plug. I thought to do it quickly, but my wife convinced me to let our fans know. I wrote a short message, screen-captured it as a jpg, and posted it.

There was a far greater outpouring of emotion than we expected.

“Nooooo. My wife and I love your photos! Don’t go.”

“You’ve been part of my life for too long. Why are you doing this?”

“I just found your page and now you are leaving. Shit.”

“This is the saddest news.”

This saddened me. It still does. We had touched countless lives in profound ways, and never knew it. We had shared enough of our lives that our Flickr fans felt a part of it. They had shared in our wedding, our vacations, our outings to the beach, to clubs, to ballets and circuses, and all our photo-fantasies.

So, I wrote another message and posted it, explaining a bit more. I waited a few days, not at all happy with the decision, but knowing it was the right one.

I am still sad that it ended; that will never change. But I am forever grateful that my wife and I were able to inspire, amuse, thrill, and challenge so many delightful and wonderful people.

There is no way to truly thank all of you. You gave to us as much as we gave to you, and perhaps more. Your encouragement, appreciation, enthusiasm, and humor helped both of us feel good about ourselves and the world we live in. Your comments inspire us even now, too, as we embark on this magazine. We know that there is a world full of people, like us, who seek that sweet spot – in between G-rated and XXX-rated experiences – whether in a magazine such as this or the travel adventures we share. Which is why we kept the namesake AWA for this magazine, an abbreviation for Another Wacky Adventure

We hope the feelings are mutual, and that you enjoy this new incarnation of what our Flickr connection created.

And now, we’re off on another wacky adventure! 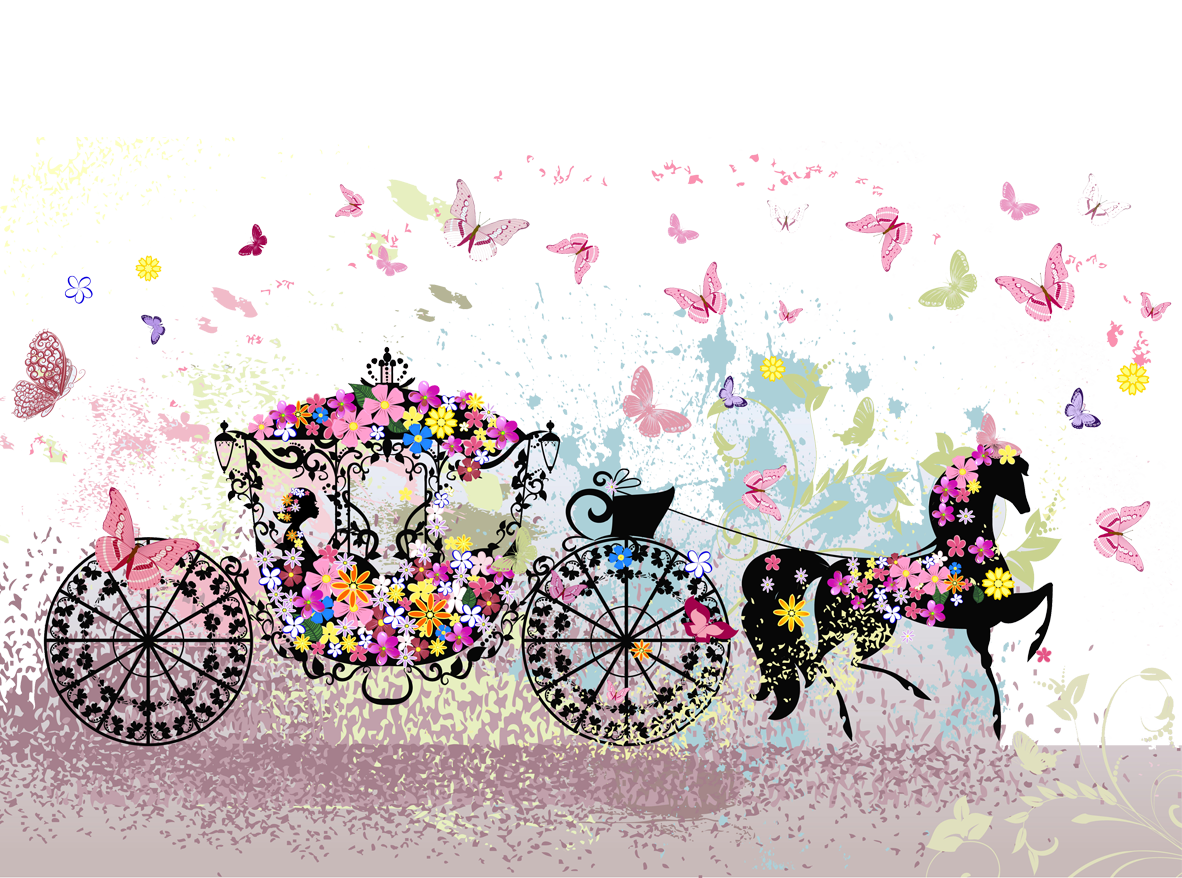